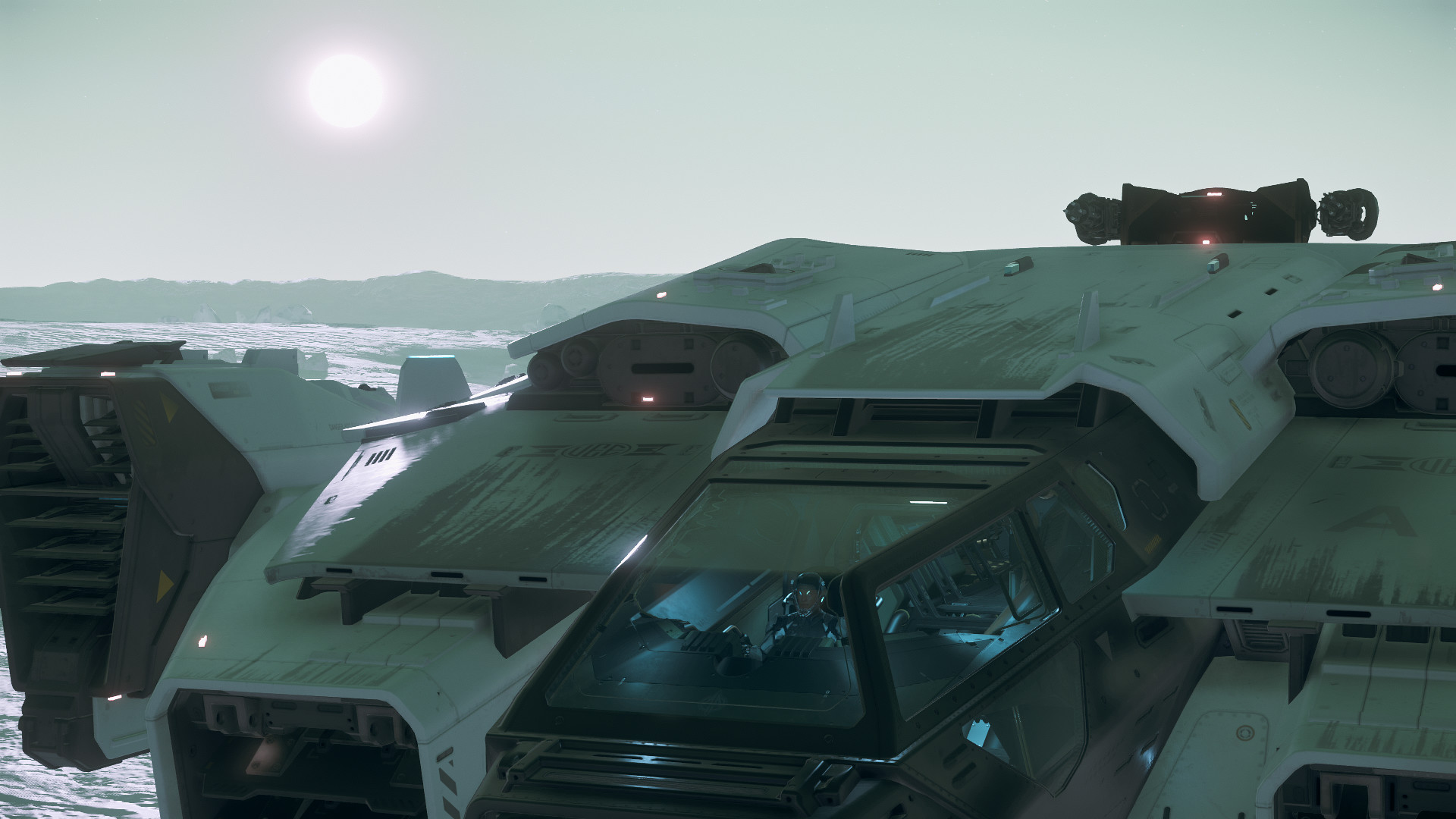 So, during the recent Intergalactic Aerospace Expo (2950), I decided to take the plunge and made the HF Herja a permanent part of my fleet. While I was attending the Expo, I noticed the wide variety of component upgrades available from various manufacturers and I started thinking about upgrades.

When I say upgrades, though, I'm not talking about your typical power plant, coolers, shields, or quantum drive. Rather, I'm thinking more along the lines of the larger ship components.

Herja is, without a doubt, one of the most versatile ships I've ever had the pleasure to fly.  (That's why I bought her!)  The Anvil Valkyrie was, arguably, one of the most prolific ships during the war; while it was designed from the outset to quickly and precisely deliver troops to the front and extract them when they were done, the Valk found itself filling many other roles in support of ground troops in almost every theater of operations.

If you're familiar with ancient Earth history, you might be familiar with a similarly prolific airship from the late twentieth-century, the Bell UH-1 Iroquois, more commonly known as the Huey. In it's time, the Huey was as venerable as the Valk, possibly more so, and was likewise used for many more mission roles than for which it was originally designed. The Huey was ubiquitous; even half-a-century after its own war, the Huey continued to serve with the military but also found its way into almost every sector of civilian aviation. It served not only as a troop transport, but also to deliver supplies, carry scientific equipment, serve as a search-and-rescue platform, perform aerial observation and spot suppression for something called forest fires, and the list goes on-and-on.

In many ways, the Valkyrie is very much like the Huey; it's been everywhere and it's done everything, well beyond what it was originally designed for.

That's why I invested in Herja; she's a testament to people's ingenuity and ability to improvise using a limited set of resources.

And, it makes me wonder... The Huey was seemingly infinitely adaptable; what about the Valkyrie?

Y'know, those two drop pods under the front end... while they work well for passenger transport, especially into some really hairy locations, maybe one or both pods could be removed and changed out for something different, allowing the Valkyrie to do something entirely beyond her original intent...

Although I still use Herja in the drop-ship role on occasion, helping move DSC members into and out of various operational areas, I usually spend more time putting her to work in an industrial role. More specifically, usually for surface vehicle mining. Glumm and I will often head out to some moon, with his Greycat ROC in the vehicle bay, and spend the afternoon hopping from one pile of credits to another.

But, Herja has also served in a Search-and-Rescue (SAR) role on many occasions, helping crew members who've become stranded or are in distress, and evacuating them to a safe location.

I also wouldn't hesitate to venture out to deliver relief supplies, as she has 30 SCU of cargo space, so long as we don't have a ROC in the vehicle bay. That's a lot of supplies for those who might need them following a natural disaster.

So, if Herja can perform these missions, what about drop pods that serve other purposes?

Maybe a medevac pod to transport the injured to a hospital?

Or, an additional cargo pod? Take out the jump seats and you probably have another dozen or so SCU per pod.

Or... a self-contained mission package! You could load a small server storage system into one of the pods.

You could even convert one or both pods into ferry tanks, offering greatly expanded fuel capacity for long-range missions.

Maybe even something as simple as additional bunk space.

Or, a recreation room for a VIP transfer mission.

I think the Valkyrie is a platform primed for a wide variety of mission profiles; the bigger challenge is finding a ship-building outfit willing to help prototype some of these ideas.

But, because those drop pods are already configured as sealed environments, they're a natural for modular customization. If not endless, the possibilities are certainly vast! I guess it's time to start making some calls and see who might be willing to help me develop some of my ideas...

In the meantime, I'm trying to figure out why I've had quite a few passengers come up to the cockpit, lately, only to stand next to me and shoot me in the head with their nerf guns...

What's that all about, anyway??? Shaidyn, what're you doing, man? You're picking up all these nerf darts! What a mess!