Hypnotised by the passing stream of starlight, Tu was finding it hard to keep her eyes open & stay awake and she was really hungry.

Close to a familiar space station, she was pondering whether to take a quick detour to grab a bite to eat to give her energy for the last leg of her journey home & she could refuel her Terrapin at the same time. Feeling revitalised just at the thought, she decided to go for it & set her star map for the location.

The space station was unquestionably a dive, but Tu had discovered it to be one of the places where friends and trusted associates of her homestead community, seemed to gravitate to. For a good while, this seemed strange to her, as the look & initial vibe of the place couldn't have been more different than her homestead, which was surrounded by peaceful nurtured beauty & kept tended & cared for.

More recently, however, as she became aware of the region's politics, she understood the counter culture it was part of & as she discovered a bit more about the history of the abandoned mining facility she began to realise that the ideals that the place stood for weren't so very different from those of her family, especially Bob & Rebel her grandparents & many others in her homestead community & network..

In the cool blue light of Levski's atmosphere, Tu navigated the asteroids, called in & carefully lowered her Terrapin into a cavernous hanger looming below.

As she exited her ship, something made her check that the artefact was still tucked safely in her suit pouch before, feet dragging, she wearily made her way across the dim-lit hanger to the elevator.

As Tu wandered around the junk store to see if there was anything useful to take back to her homestead, she is spotted by Aki, SubVerse* colleague of her grandfather known to many as Conspiracy Bob.

Aki had been cooped up in his hab all day & decided to take a wander & stretch his legs around the station.

He mostly kept himself to himself but observed the comings & goings in his crummy neighbourhood that was the spaceport & was pretty familiar with its people & patterns. He had seen Tu appear on the scene a month or so ago & being a trusted SubVerse member, it hadn't taken long to come to his attention who she was.

*Subverse: Amongst the close allies of the DSC are the group SubVerse. Back in 28th Century the SubVerse network caught wind of rumours of an unusual group picked up in a rescue operation and took the initiative to approach them to find out more. The group, subsequently realised the necessity to come to their aid and keep them safe and help them... using their connections they helped the O8 keep a low profile. However, years of cooperation  have since shown that Subverse are also looked after by DSC in return.

This is an excerpt from Deep Space Crew ~ An Ongoing Story ~ By The Slingshots. 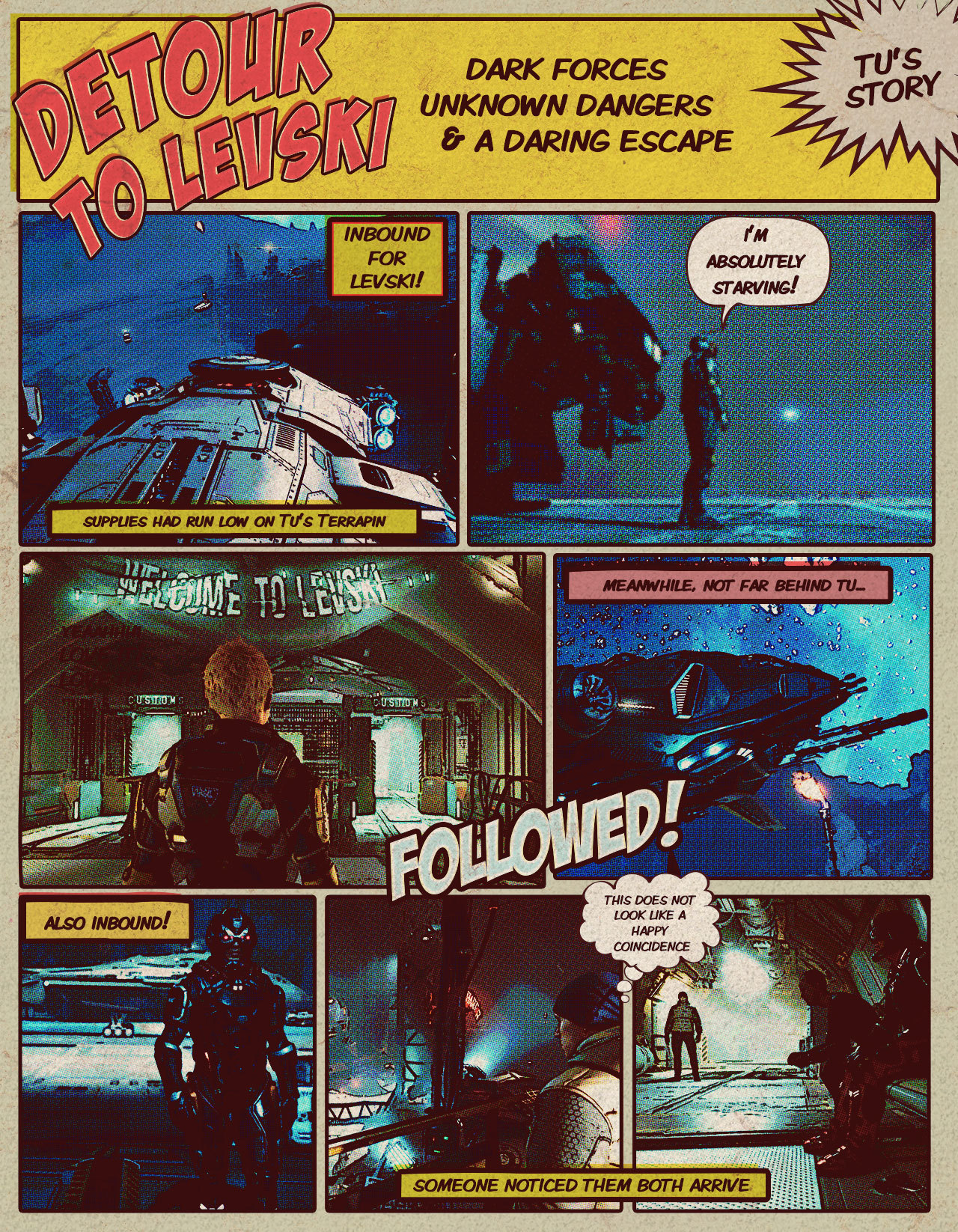 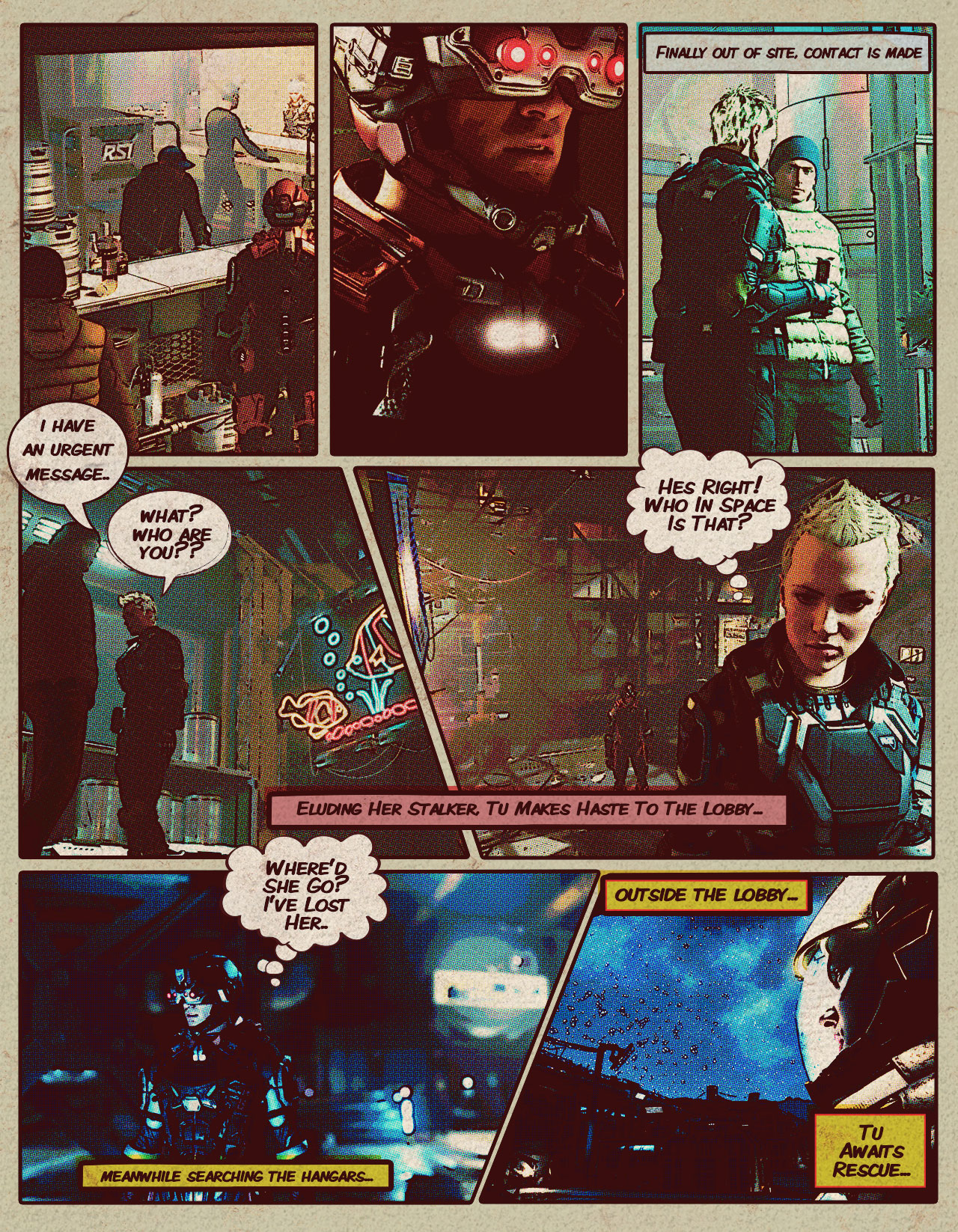 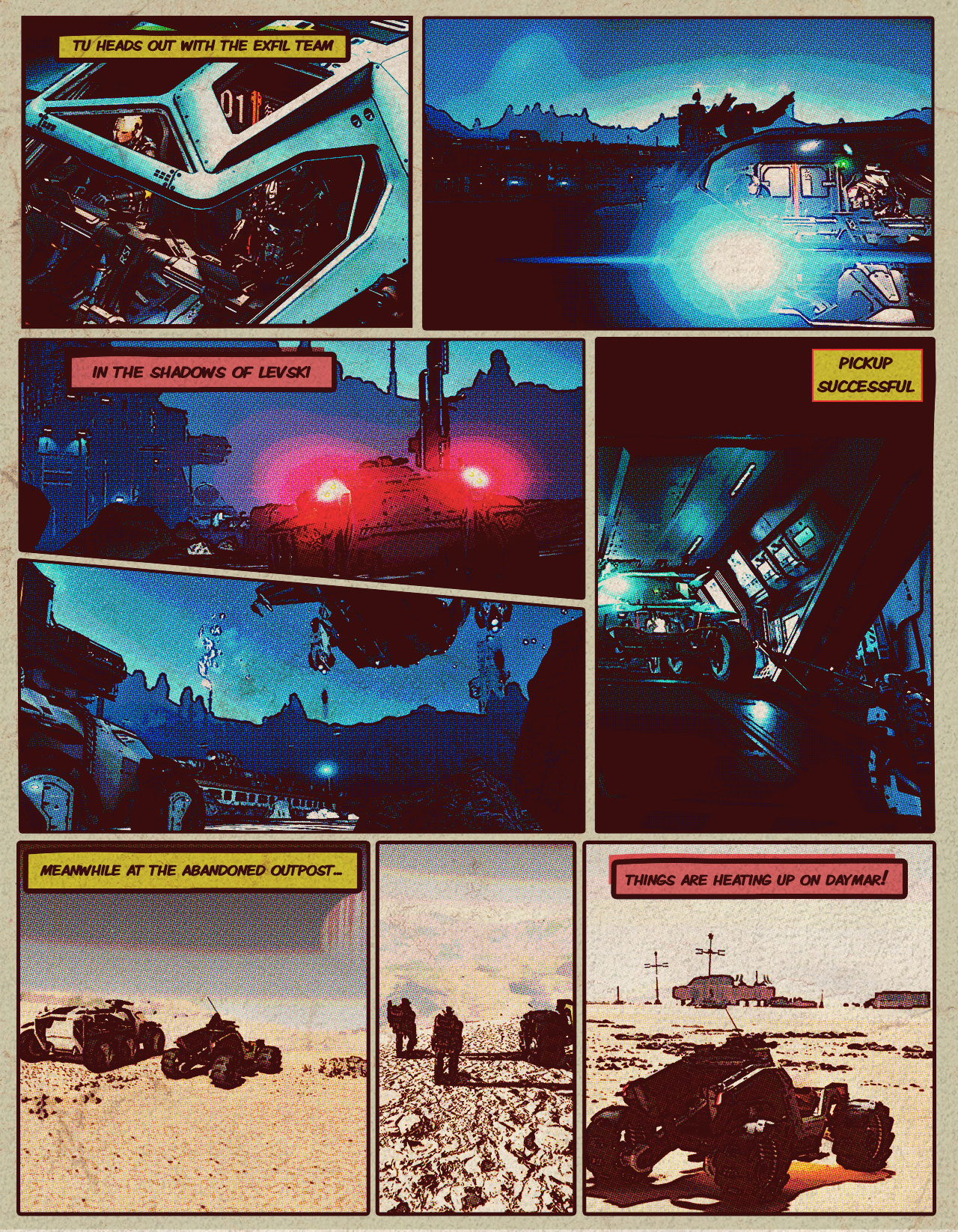 Thanks to all particpants during the planning and execution of this event. More to come...

"This is a work of fan fiction. All characters, places, events, ships, and ship designs, and other content originating from Star Citizen, Squadron 42, or other content produced or created by its publishers or developers, are the property of Cloud Imperium Rights LLC and Cloud Imperium Rights Limited."Enter an important note here
Facebook Twitter Pinterest Reddit Pocket
Tags:
Tu Tui Deep Space Crew shaard shaards
Tu's Story ~ Part 3 ~ Home Sweet Home
TRANSCRIPT OF THE ARRIVAL ~ AS TOLD BY THE LAST 'K...