A man is doing extravehicular activities in front of the Stanton star. Screenshot by Meepowski.
LOCAL DATE & TIME IS 27/1/2022 ::

"Keep your face to the sun and you will never see the shadows."

The Stanton system has a lonely star. Have you ever wondered how this Main Sequence Dwarf-G star brought sunshine to the residents of Hurston, Crusader, ArcCorp, and microTech? Driven by curiosity, the Exploration Sector formed a special task force within Deep Space Crew to carry out a long-marching journey towards the bright light bulb powering the solar system. Named by the mission initiator, justMurphy, Operation Icarus finally took place after almost two months of planning, preparation, and trials.

This blog post serves as a central location for all related information about Operation Icarus. Murphy and I will compile a logbook containing a story-driven journal and a factual situation report on every mission day. A mission board with a general progress update is also provided on the first page. As a true perseverance test, Operation Icarus cannot succeed without the millions of contributions from players around the verse. The mission team thanks everyone who has helped in their own ways in perpetuity.

Due to its distance above the ecliptic plane and no available QT marker near the Stanton star object, it is effectively "off-grid" to players in the persistent universe.

Besides the star providing the light source for the Stanton system, not much is known about the star other than it has a radius of 696,000 km or a diameter of 1.392 million km. This has been tentatively confirmed through angular measurements from Hurston OM-1, Crusader OM-1, and microTech OM-1.

It is unknown whether the star is a physical 3D object like the planets and moons or simply a 2D light source. The only known mechanism that could prevent accomplishing the mission to reach the star physically is the existence of a kill-radius value similar to the kill-radius value for Crusader. No kill-value has been observed within the exact data for the star object.

When Deep Space Crew began surveying the Stanton system, our surveyors noticed that all moons and planets exhibited a tilted axis, as evidenced by the North Pole of all moons and planets experiencing perpetual daylight. As we explored further and took measurements, we discovered that all of the moon and planet axes were perfectly vertical and that there was no axial tilt in the game. We tried to reconcile the non-presence of an axial tilt with the North Pole being lit. We then noticed that the star was not located at the center of the Stanton system where we assumed it would be.

We were able to confirm this by several observations. With the QT drive spooled, the star should lie in line with all other QT markers.

Comparing the star with the QT marker horizon (the ecliptic plane).

Comparing the star with HUR-L1.

Instead, you notice that with all of the QT markers in line forming a "horizon," the star itself is significantly higher than the horizon. We also noticed in the Starmap that Hurston, HUR-L1, HUR-L2, and HUR-L3 all form a line. If the star were at the center of the Stanton system, it would fall in the same line.

We observed that the star is not in line with HUR-L3 and HUR-L1. Instead, it lies about 6 degrees "right" of HUR-L1.

As we took observations from various distances from Stanton at Hurston, Crusader, ArcCorp, and microTech, we observed that the angle between the "horizon" and Stanton decreased the further you traveled away from Stanton. So we concluded that the permanent daylight at the North Pole was caused by the displacement of the Stanton star above the ecliptic plane.

Operation Icarus breaks into two stages - a trial stage and an execution stage. The trial stage began on March 31, 2951. The team formed its basic structure and recruited core members, planned solutions to potential problems, established tools to track progress, and completed days of trial runs. The execution stage will commence shortly after the LIVE deployment of patch 3.13.1 to observe server stability with the influx of traffic during the Free Fly period.

Learned from an enduring 18-day trial stage, we have refined and optimized the mission setup and strategy. The overall plan stays the same as the trial stage. To elaborate on the optimization, we break down the operating procedures into four roles.

The flight lead role ensures the consistency of the progress. It is the heaviest task, requiring absolute commitment to the execution period. When a leader's progress is interrupted due to any reason, they may resume the mission from the last chaser's saved location. It is recommended to have at least two flight leads running the mission in two different game sessions.

The chaser role periodically quantum-jump to the furthest leader and bed-logout in their ship to backup the mission progress.

Point Papa Delta
Course Alignment
The progress tab serves as a mission board to track overall mission status. The list of detailed daily reports and journals is in the journal directory section.

Throughout 18 days of running, the mission team has gone through countless rough times dealing with bugs and mission-breaking issues, ironed out all kinds of workarounds, and discovered some interesting observations which we will further explore in the execution stage. These observations occurred more frequently as we approach the star, leading to other experiments down the road. Learning the lessons from this stage, we will be standardizing our operating procedures for the execution stage.

The execution stage has officially commenced on June 6th, 2951. Please check the following visualization to track progress during this period.

Attached is a live version of the mission accounting sheet which is used to track general expenses during the operation.

As the team further explores the viability of each candidate ship, it seems that Drake Herald will be the gold standard for flight leads with industrial-grade A components. Hence, we accept donations of aUEC for such items or any general expenses for the mission as the core team members will not be able to generate funds through other means of gameplay during operation. 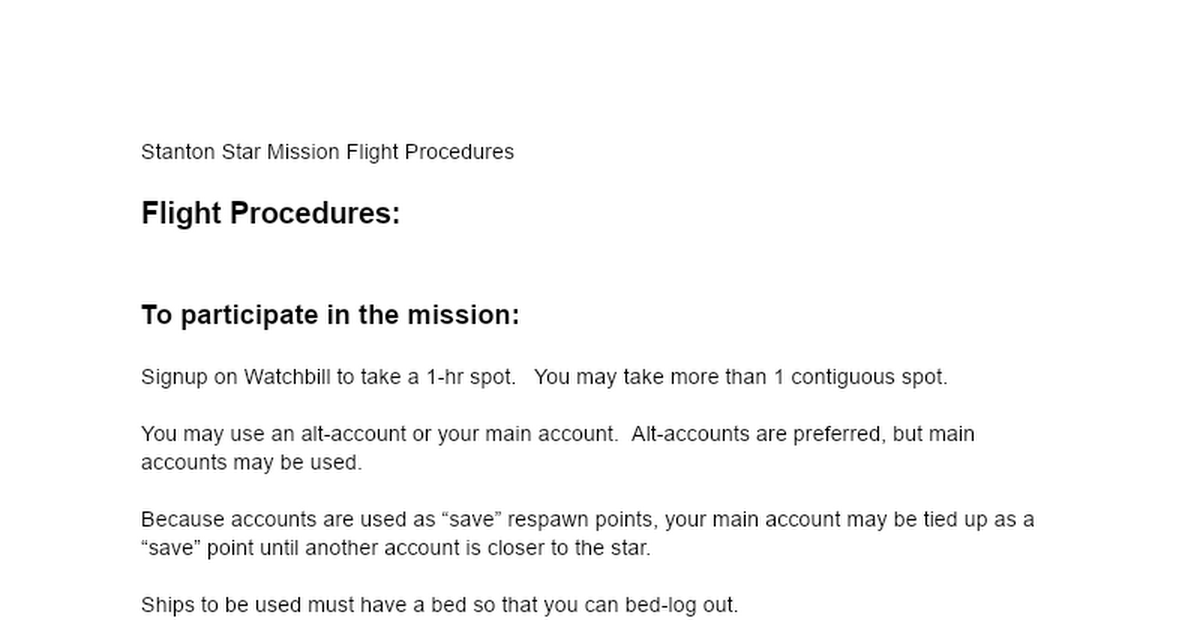 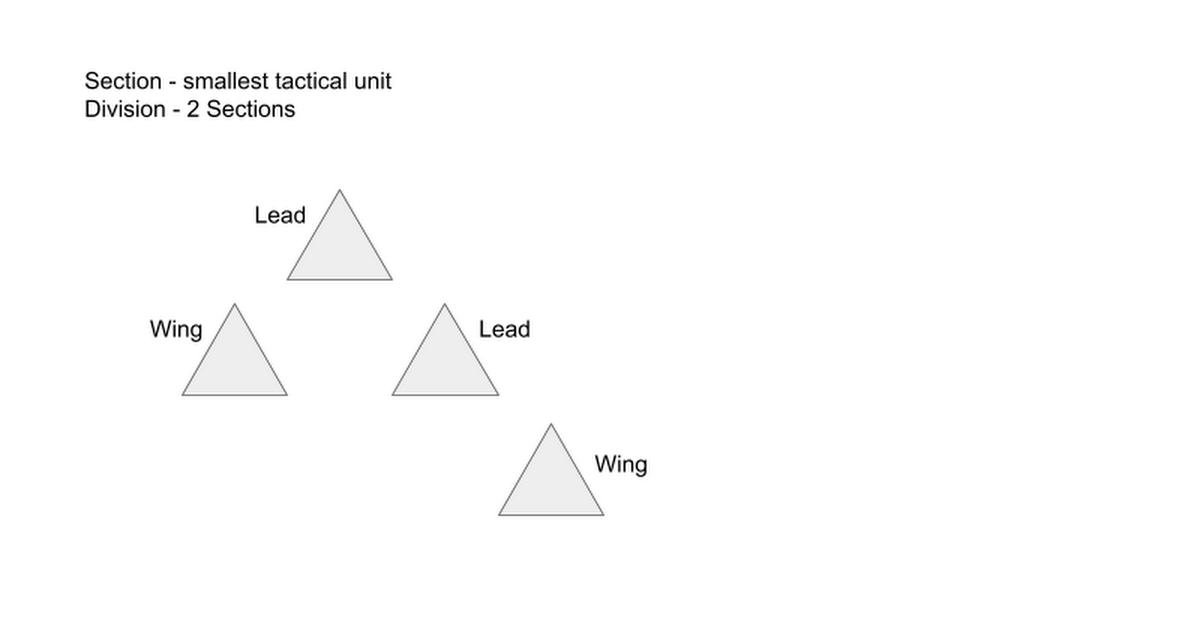 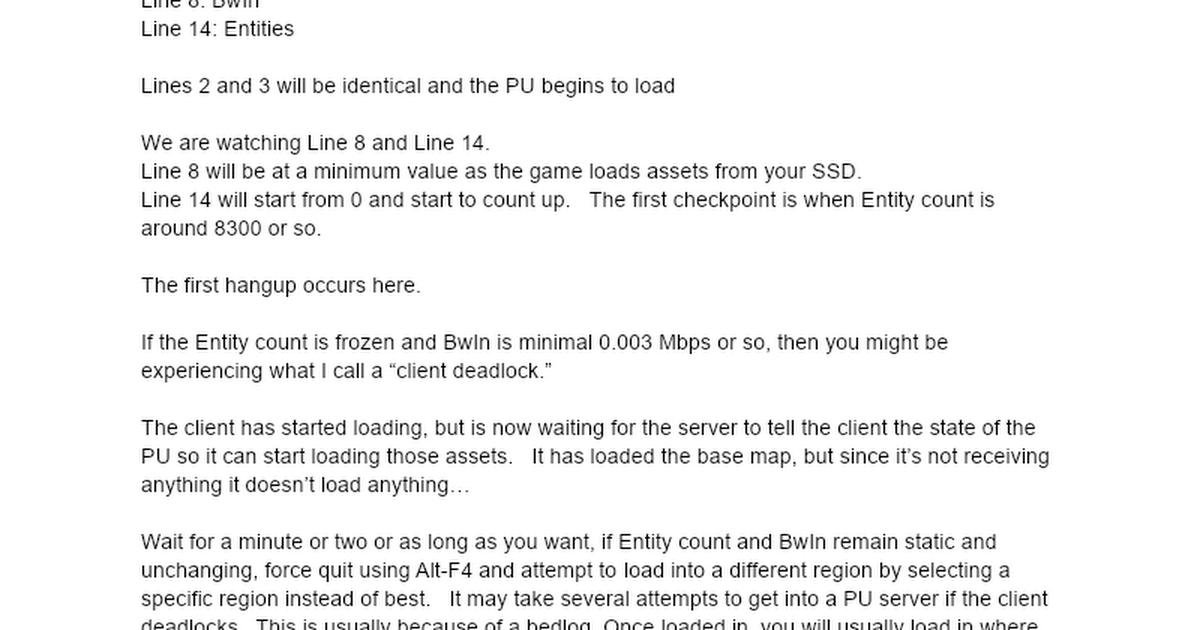 The links to the following journal entries will be declassified soon.