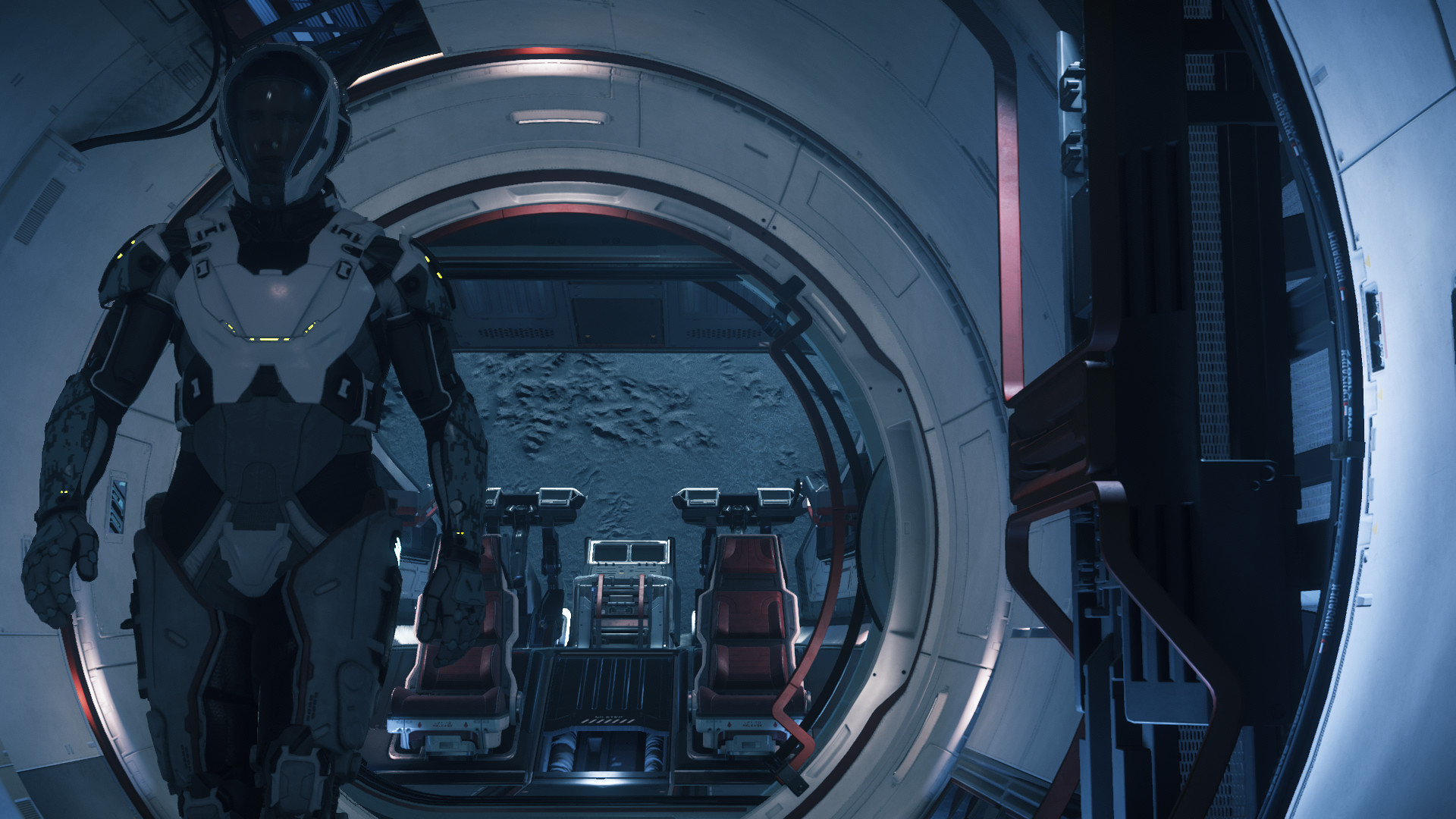 Taden brushed aside the mountain of 'useful' clutter to clear a valley of space to place the prototype he had been working on. He was heading to a Crew Gathering & had arranged to pick up his friend Rush on the way. He wanted to pick up some fuel for both himself & his ship, so he needed to head out. He half reluctantly shut the door to his hab, it was always difficult to walk away from a project but as he made his way to the Spaceport Terminal. Waiting for the elevator, Taden's thoughts redirected to deciding what ship to take, whether to take one or two ground vehicles to the gathering & wondering what the location would be like & who would be there.

Crew Gatherings
Crew Gatheringswhich happen randomly, are called by any of the crew members when they feel to do so. There doesn't need to be a reason - gathering the Crew is reason enough. It isn't compulsory to attend & you never really know who else is going to be there. Unlike Fleet gatherings - which are solely for DSC Horizon fleet - Crew members can invite non-Crew members to Crew gatherings.

Gatherings can last anything from a few hours to days, weeks or even months, with provision runners keeping the food, drink & medical stocks going, until eventually, the last stragglers fall away to meet the demands of our lives.

At all gatherings, all the needs of the gatherers are taken care of collectively.

by the combined efforts of everyone there, voluntary delegation & the considerate organisation & sharing of assets.

This reflects the transcension of money - a goal of the true founders of DSC who believed that transcending monetary systems enables freedom from biased, profiteering, hierarchical societies that systems built around money inevitably seem to develop into.

To the O8 - the original founders of DSC - the concept of money is perverse. Never in any Intuvisionary memory of their pre-Verse past, had a monetary system been a part of their story & the very purpose of putting something between a sentient individual & their natural needs, was an idea they rejected wholi-heartedly. This included the unfair procurement of space - terrestrial or otherwise - & space-ways, such as jump points. the Original O8, many of their descendants, plus a good portion of DSC Crew, share the vision that an abundant life beyond the limits that the money masters create is inevitable.. it is just a matter of time & place.

Stanton System 2951 & the financial requirements to live safely, either in or out of the population hubs, cannot be ignored. Furthermore running a fleet at the frontiers of space is expensive & mostly limited to citizens that can afford it. Naturally inclined to ignore these infrastructures, the O8 had to accept that when it came to money, you seem to have had to get IT to get OUT.

Living without the need for a monetary system is a concept received with grateful recognition by many others too, especially those who have experienced life in the Verse at the poorer end of the financial spectrum.

To Taden however, money wasn't a problem. His natural inclinations, talents & pursuits just seem to pay well. New tech kept him interested. All the cupboards, surfaces, corners and large portions of the floor in any space he could call his own, were filled with a dynamic clutter of ongoing processes, to discover innovative uses for cutting edge materials & potential commodities, found & inevitably exploited throughout the accessible Verse. In fact, Taden's involvement with recent technological innovations was intrinsic, though due to the strict non-disclosure that surrounded them, few knew exactly how.

Taden neither loved nor resented money. Yes, it made his life easier, but no.. it didn't motivate him.. at all. He aligned with DSC on many levels and this was one of them.

As the ship's engines kicked in, Taden tuned into his Mobi comms to see if anyone else would like a lift to the gathering location which was yet to be disclosed.

"This is a work of fan fiction. All characters, places, events, ships, and ship designs, and other content originating from Star Citizen, Squadron 42, or other content produced or created by its publishers or developers, are the property of Cloud Imperium Rights LLC and Cloud Imperium Rights Limited."
Facebook Twitter Pinterest Reddit Pocket
Tags:
Deep Space Crew Taden
Introducing Rush
Tu's Story Part 5 ~ What Next?