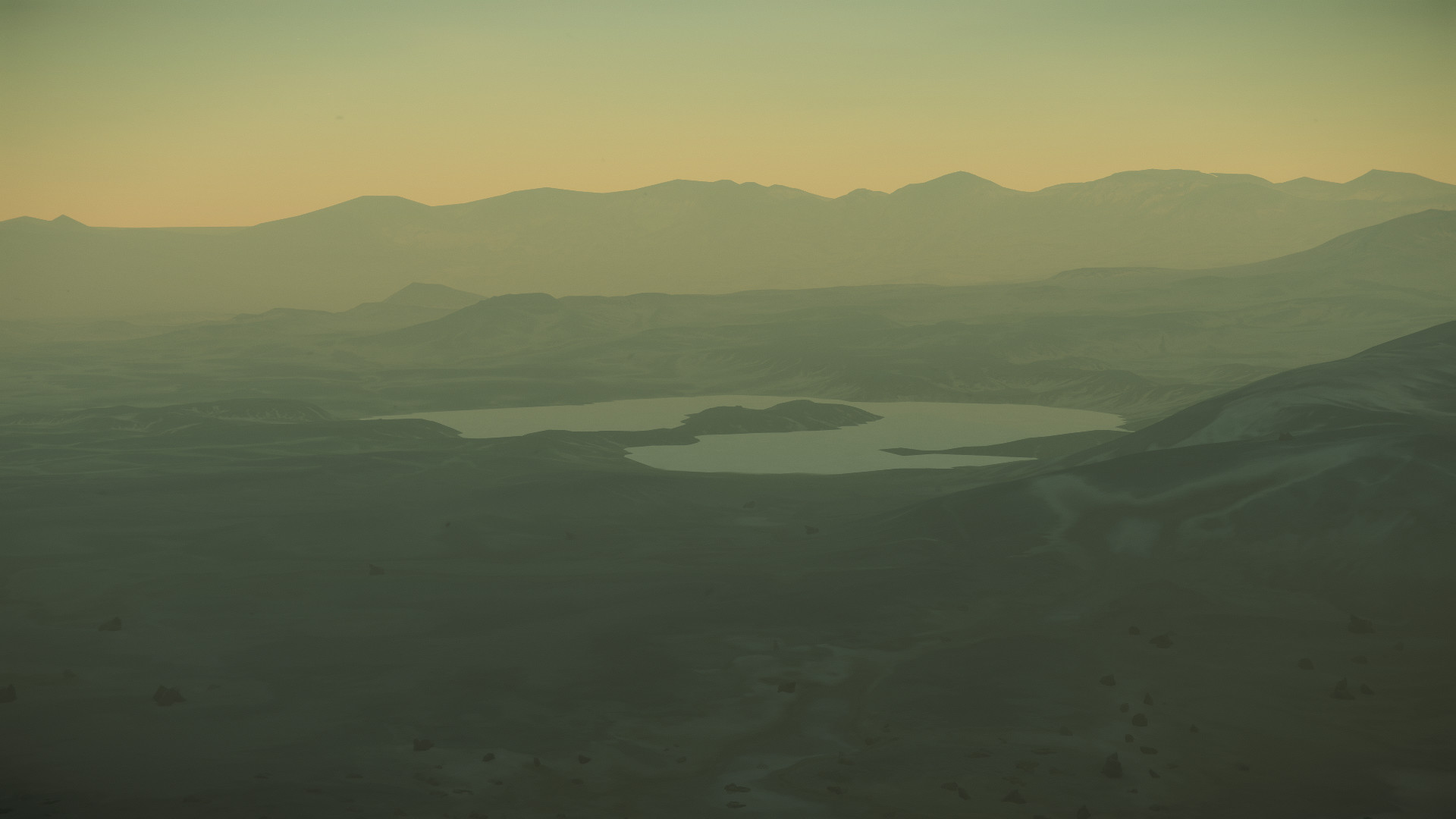 What is known of the origins of Deep Space Crew founders {At the time of writing this}.

During an extremely intense & unstable time of the UEE's history; In the wake of the horrific Vanduul onslaught & the then ruling Messers under increasing pressure from both the unsatisfied populace & the gradual undermining influence of X'ian - a Deep Space Anomaly (DSA) Detection System - on high alert - picks up a signal on the deep space radar scan in a zone with no known Jump Points.

There is some suspicion that it could be a secret weapons test, so with the promise of 'back-up if necessary' from an already stretched military, a small DSA reconnaissance crew set out keen to investigate.

Reports of what they discovered are vague.

Satisfied that the seriously damaged space-faring vessel and encapsulated occupants they find, offer no immediate threat, the DSA recon. team extricate all the 8 inhabited homeostatic capsules for transport back to the DSA lab - along with any artefacts they could easily remove. On their return, a salvage recovery mission is initiated to collect the remaining wreckage for further investigation.

On a clumsy release from the homeostatic capsules, the 8 crew are severely disorientated & appear to have no memory; showing no knowledge of their identity, history, relationship with each other, present whereabouts, or current situation. Their communication is stilted in a language unrecognized.

Distracted by the effects of the escalating revolution, the recon protocols are relatively rushed. DSA recon. are satisfied that the rescued are human and surmise the likelihood that they traversed a temporary Jump Point.

This supposed temporary Jump Point is recorded and placed under extra vigilance alert.

The crew's artefacts are confiscated and archived for further inspection at a later more convenient, as yet unforeseen time.

The crew themselves are transported to a medical recovery centre for monitoring, where, adrift in a steady flow of casualties from the recent activist attacks, they are discharged after just a few days into their stay, to release beds/ medi-units.

TRANSCRIPT OF DSA RECORDS RECOVERED FROM THE UEE. Notes in [ Square brackets ] are our own { DSC }

[ Physical attributes of some of the biological descendants of the original crew, have since thrown doubt on this. ]

[ Time has since shown that some of the biological descendants of the original crew have a much longer lifespan than other humans, with childbirth happening much later in life than the current human norm; the cause of this is as yet unknown. ]

[ Presumed The Verse, but no actual evidence of this exists. ]

NOTES: Aside of the effects of the release from the homeostatic capsules {classified}, all eight of the crew are in good health, although highly confused.

Artefacts found amongst the wreckage are very damaged and uncommon {classified}.

[ By way of a benefactor who prefers to remain anonymous. some of these original artefacts have since found their way back into the hands of the Deep Space Crew Archive Division and are currently being repaired, examined - a slow process, but one that we hope will reveal some history perhaps even the origins of the original crew. ]

[ It would seem that the salvaged wreckage never made it to the DSA lab. There is presently no knowledge of the wreckage's whereabouts. ]
Facebook Twitter Pinterest Reddit Pocket
Tags:
archives history
Deep Space Crew Family Tree
Welcome to Deep Space Crew Transmissions